Here we are on Wednesday and I'm finally getting around to this blog, which pertains to this weekend, which was three days ago, which, in blog years, is three and a half weeks.

I've been busy helping Fiona with her caterpillar model project, as well as helping Cyd stay among the living. These things take time. Not to mention all of my energy.

It was a typical weekend spent enjoying family togetherness, culinary joy, and friends with basil.

On Friday, we went to the 800 Degrees Pizza place. And, holy shit. We had been there once before and it was great then. This time, we tried the "Rocket" pizza, which was topped with fontina, prosciutto, and arugula. (Do I need that coma before the "and"? I'm still not sure.) We thought, WTF, arugula? On pizza? That's weird. But the saltiness of the prosciutto with the peppery freshness of the arugula made this one of the best pizzas we've had in a while. If not ever.

Saturday, I made chicken broth to use on Sunday for a chicken and dumplings recipe. I love to make broth, almost as much as I love to make French Onion soup. I suppose I cherish the slow, leisurely process.  There is no pressure. You throw all the ingredients in a pot and let them simmer for as long as it takes you to finish your novel. Also, it makes your house smell like Thanksgiving.

I know I must sound like such a housewife (not that there's anything wrong with that), but I really enjoy being in the kitchen. It's fulfilling. It's just food, but for me, it embodies creativity, and meditation, and music. I think of cooking in the same way I think of poetry.  The combination of ingredients/words can make a meal/sentence perfect/brilliant. 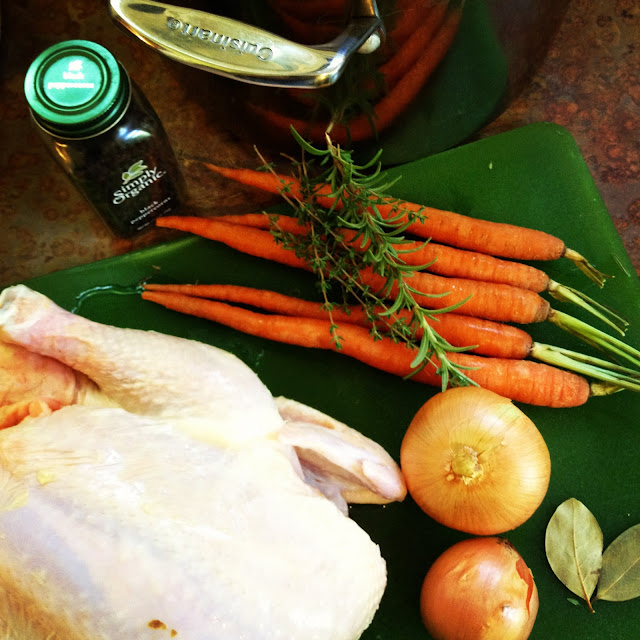 There was a heart in my broth. Superbly adorable. 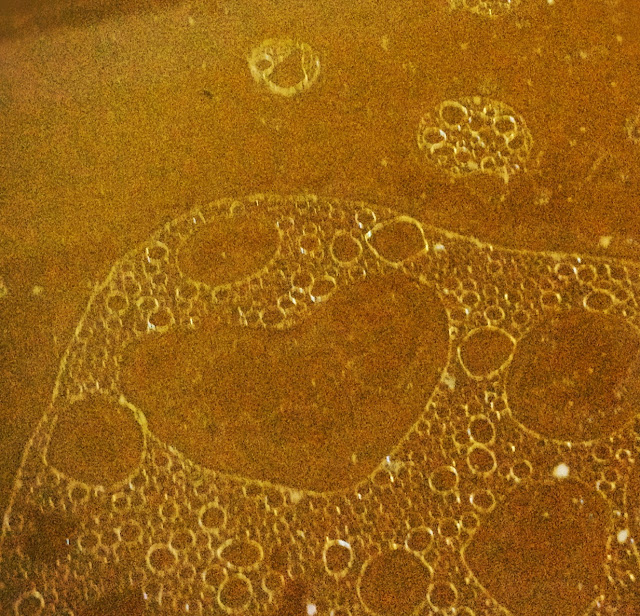 We had a ton of broth, so we froze some, and gifted some to our friends. Because, who doesn't love homemade chicken broth with simmering hearts. Well, I guess vegetarians don't. And heartless people. 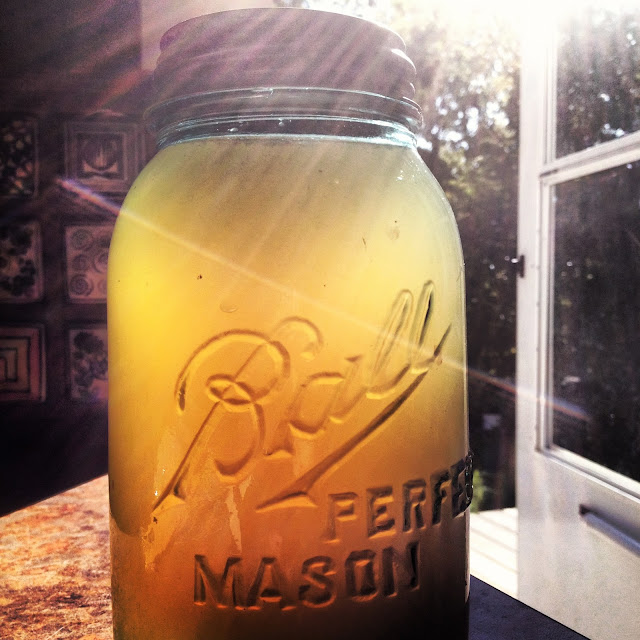 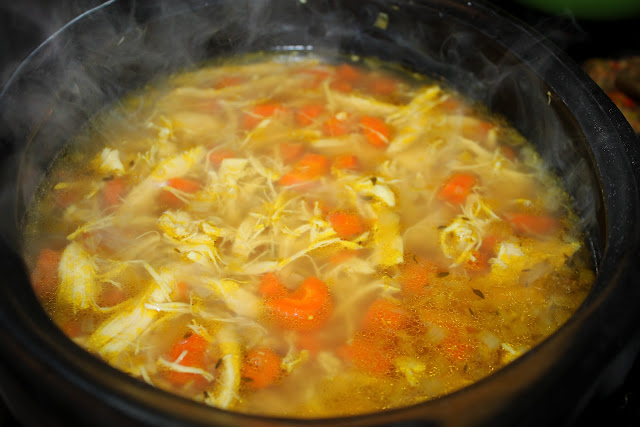 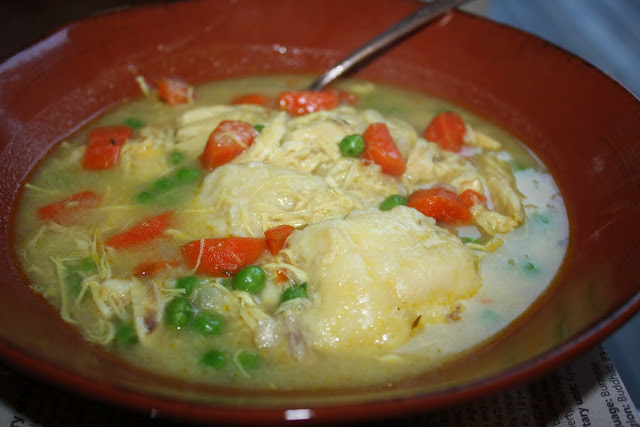 Last one, I swear. 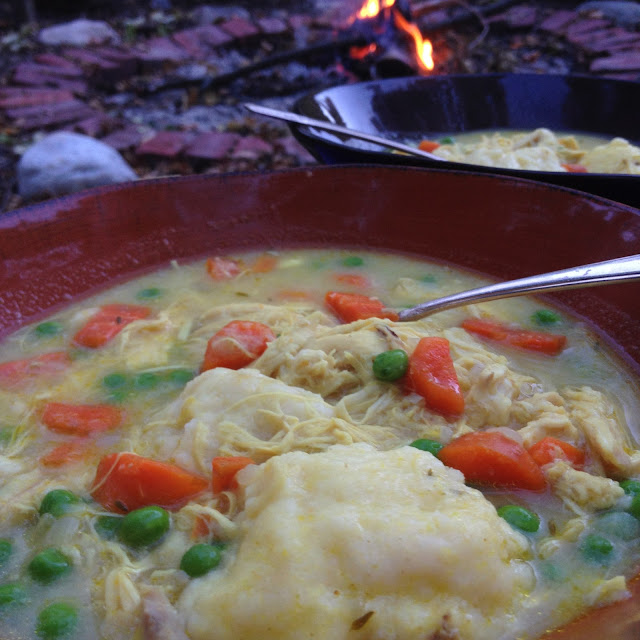 On Sunday morning, I made potato latkes. I love these, mainly for the toppings, which, in this case, were sour cream and maple cured salmon.

I could spell out the recipe, but 1.  I'm kind of lazy, and 2.  I didn't follow it. So, what's the point? You can click here, and get the gist of it. I recommend adding carrots and any other root vegetables you have on hand to make it extra healthful.

It's not hard to make. You shred a bunch of potatoes, with onions and your veggies of choice. Mix it with flour, eggs, and spices. And voila. 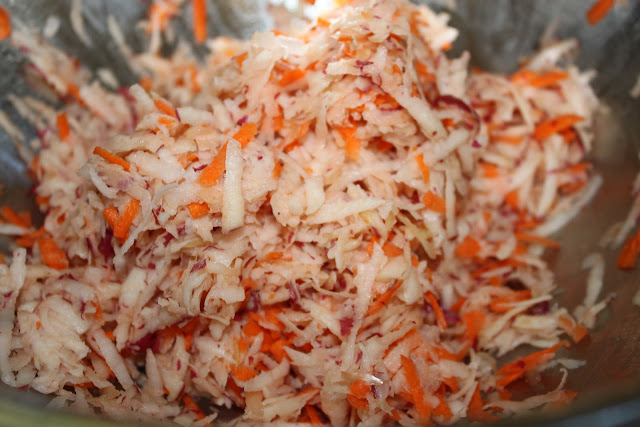 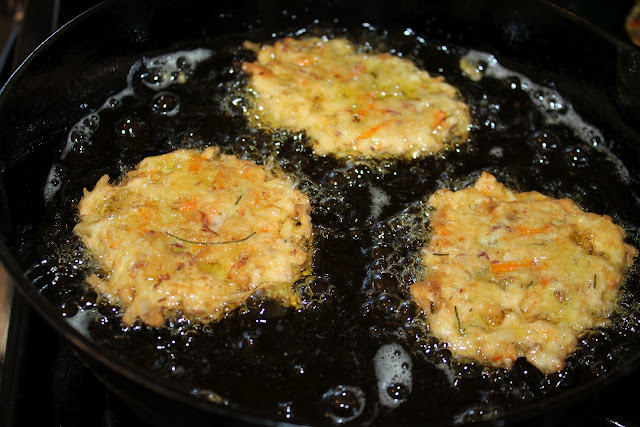 They're a lot better than the potato cakes from Arby's. A LOT. 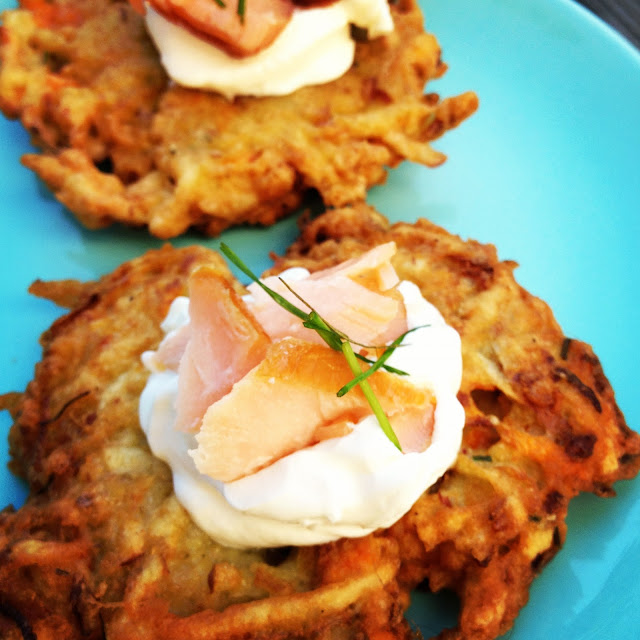 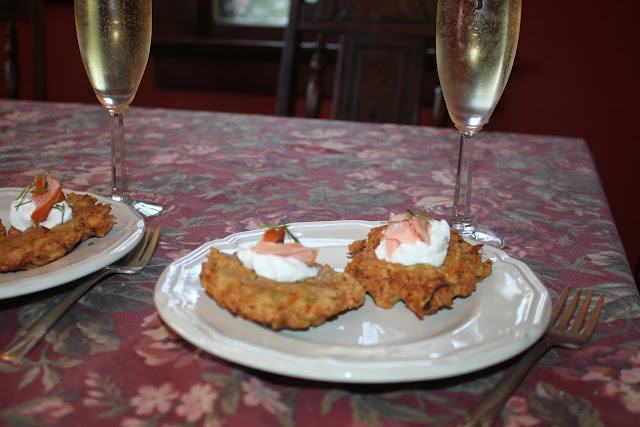 Sunday afternoon, we got together with friends to make a large batch of pesto. We made pestos of all kinds. Because we believe in diversity. There was walnut pesto. Pine nut pesto. Almond pesto. And even tarragon pesto. When we were tired of making pesto (i.e. we ran out of basil), we made herb vinaigrette. 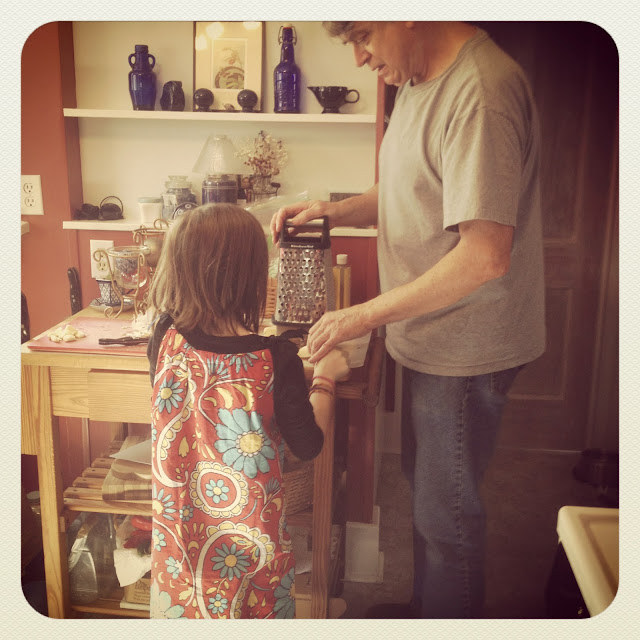 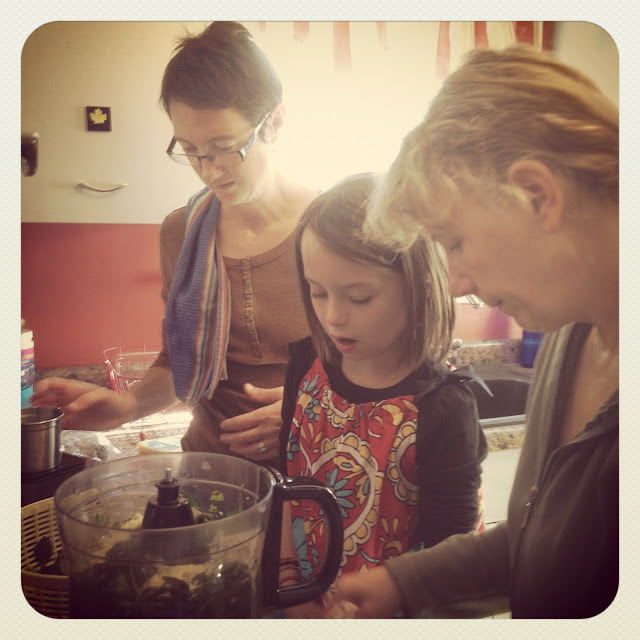 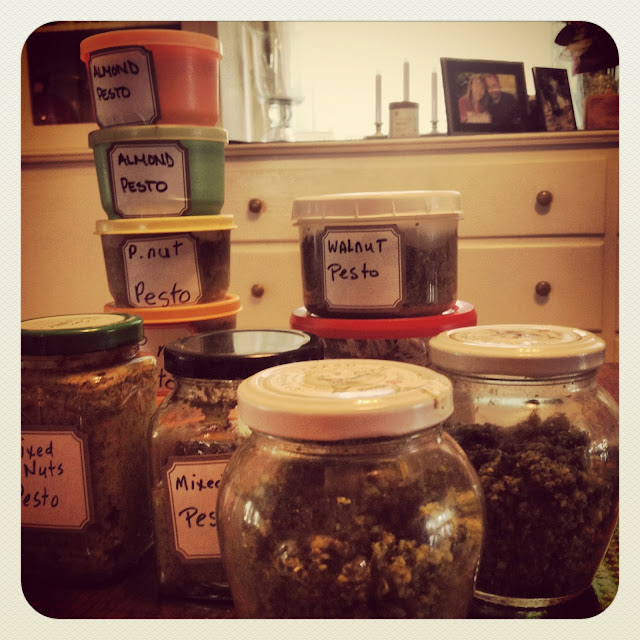 This next part should be another blog entry, but let's face it, this blog is all over the place because this is who I am. Except, without most of the angst and darkness, because nobody really wants to read about that crap.

We're trying to do better. Laura and I. To be better people. This past Saturday, as we drove home from the children's dance class, downtown, we saw the crazy huge crowd of runners/walkers involved in the Fort4Fitness marathon. It was really quite inspiring to witness Fort Wayne come together for the purpose of good.

Then we started to talk about poor people and how infuriating it is to hear them continually depicted as lazy and just waiting around for a handout, at the expense of tax payers' money. The bottom line is that poverty in this nation is a reality and it's inexcusable. The fact that children are going to bed hungry, in our own town, is inexcusable. And what are we doing about it? Not enough.

We're going about our pampered lives, spending way too much money making gourmet food for ourselves, for our friends, while a family out there is barely able to survive on the food stamps for which they qualify. It's a travesty and it makes me feel hopeless and guilty and sad. Because it's all about me, apparently.

All that rambling being said, we have vowed to start giving more of our time and resources to help others. Our meager donations to our favorite not-for-profits and our convenient United Way payroll deductions are not enough. We need to be more personally involved.

Also, we need to start running marathons and finally convert to full-fledged vegetarians. These are lofty goals, but we'll get there eventually. I'm almost certain of it. Did you know that Amy Ray is a vegetarian? Enough said.

Wait. One more thing: We're going to see The Indigo Girls in concert in November! IN BLOOMINGTON! Sorry about the all caps, but this type of excitement cannot be contained.