The End of A Season Never Tasted So Good

We have so loved our garden this year. The children have gotten involved and seem to have enjoyed the process of growing the things they find on their plate. One of our goals in life is to raise the majority of the food we eat. Since we consume mostly vegetables and eggs, this is a reasonable goal.
On Sunday, we picked the last of our tomatoes, most of which were green.
Cyd really likes the tiny yellow tomatoes. She picked those first. 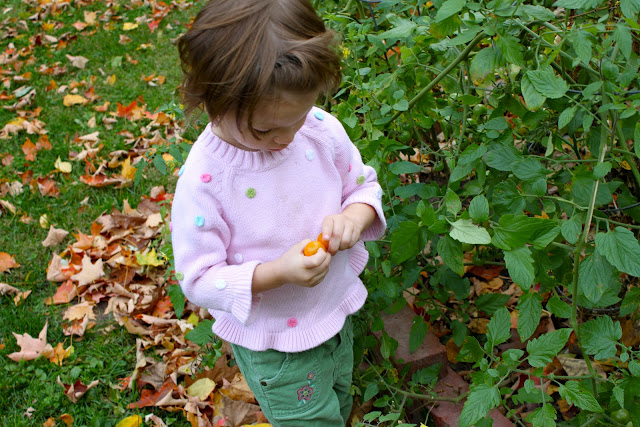 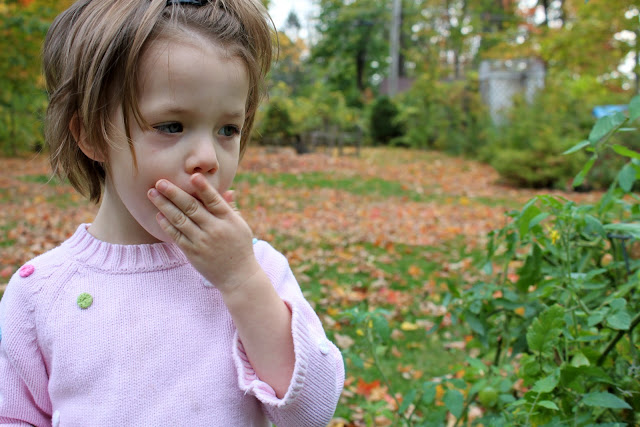 Fiona wanted to be the one who collected the most tomatoes, so she went to town, picking all the green ones. 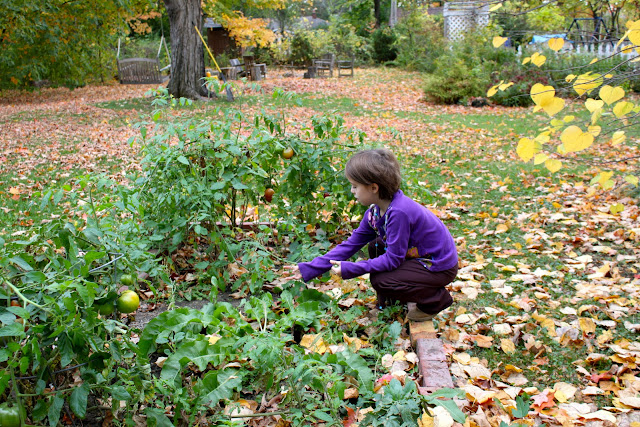 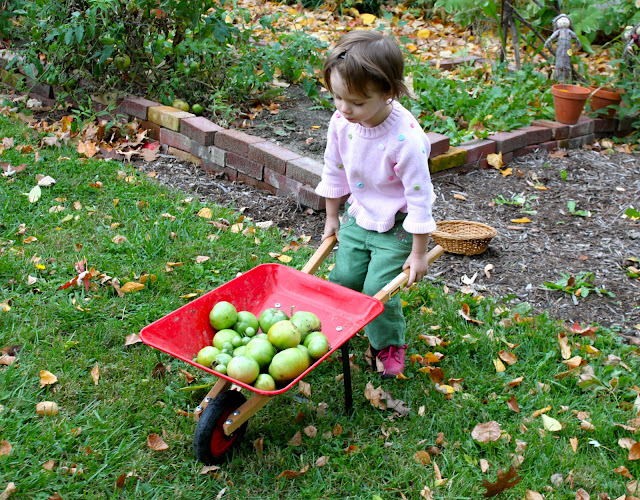 We fried up some green tomatoes for lunch. 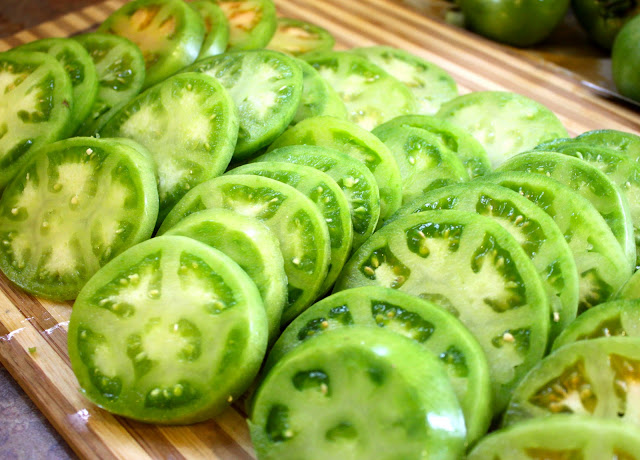 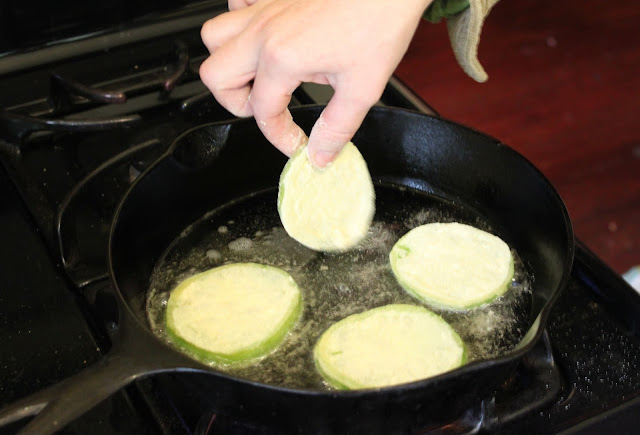 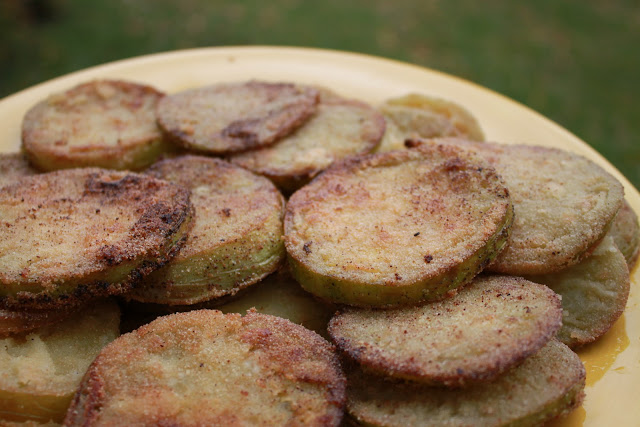 The harvest is so satisfying. How great would it be to be completely self-sufficient? We need to buy a cow, a chicken, and probably a goat. I cannot live without my goat cheese.
But for now, we have our small garden, which is currently cozy under a blanket of compost and leaves, ready for a nice winter's rest.
Posted by Tessa at 3:45 PM No comments:

This French Onion Soup Goes Against Everything In Which I Believe

As you may or may not know, French Onion Soup is one of my specialties. I make it several times a month during the year. I love the process of caramelizing onions and simmering the broth for as long as is feasible. I love the complex flavors of white and red wine, which I sample amply as I'm caramelizing.

I recently came across a recipe for so called Crock Pot French Onion Soup on a blog I enjoy. How are onions expected to caramelize in a dignified manner in a crock pot? To make matters worse, there was no wine listed in the ingredients. Anywhere. I was horrified. But I was also open minded and it was the first cool day of autumn and I was seriously craving soup. So I calmed down and gave it a shot.

I sliced the onions and put them in the damn crock pot. I added all the other ingredients and waited an hour for them to caramelize. By themselves. Without any stirring or wine sipping. It was depressing, being so un-needed, so sober. So I chugged a cup of café au lait and I went to the grocery store. 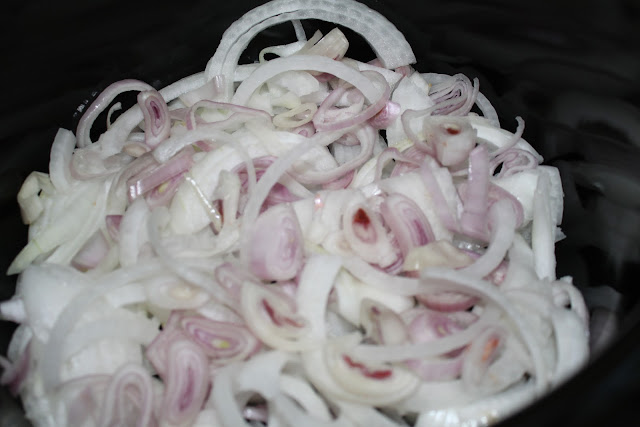 I got back an hour later to check on my babies. They weren't caramelized, just a touch darker. I knew it. What a crock! I gave them another half hour to redeem themselves. Finally, there they were, perfectly caramelized. Not one of them burned. Just. Freakin'. Perfect.
I added the other ingredients. This recipe called for beer. Beer, instead of the traditional wine. I silently apologized to my father (who is the person who has taught me most of what I know about cooking) and poured in the brew. I used a Canadian beer because 1. I love Canadians. 2. Canadians are almost French. 3. It's what I had in the fridge. 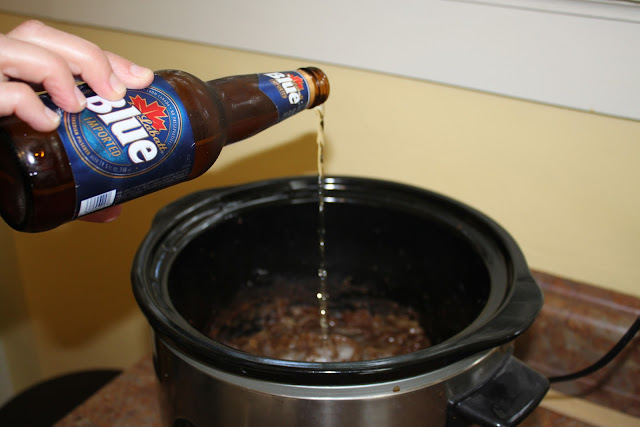 And then I walked away. For seven hours. Letting it do its thing. By itself. And I was lonely.

Thankfully, this recipe acquiesced to some traditional French Onion Soup requirements: French bread and gruyere. I have to say, if this had called for provolone or anything other than swiss or gruyere, I would have scoffed and moved on with my life.

Within a few hours, the house smelled all onion soupy and it was time to broil. Finished product: 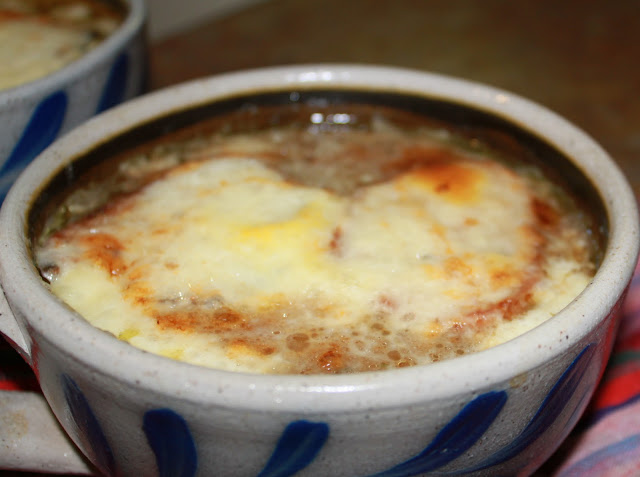 Verdict? Fantastic. Beer and all.
Lesson? I need to stop being such a French Onion Soup snob.
Posted by Tessa at 2:23 PM No comments: