The Moral of This Blog: At Least the Children Survived

We spent the weekend in Trafalgar, Indiana, Laura's hometown. It was festival heaven at Apple Works. If you're ever in that neck of the woods (just north of Bloomington), you should stop by this apple orchard. It will BLOW YOUR MIND. But only if you like apples, and nature, and animals, and scenic walks over bridges. 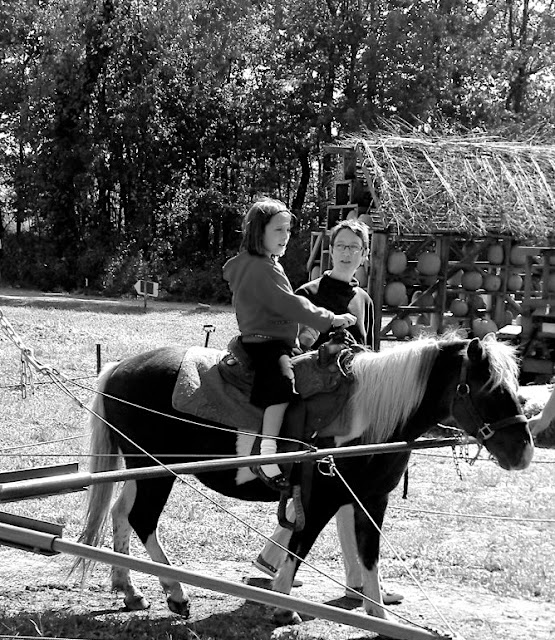 I was so proud of Fiona. I could tell she was hesitant to ride the pony. I think she talked herself into it, seeing how excited Cyd was about the prospect. We didn't pressure her to do it, but she was clutchy, as she made up her mind. And she almost changed her mind at the last minute. But she did it. Fear and all. She confessed, after, that she was gripping Laura's hand really tight because she was scared, but not too tight, because she didn't want Laura to worry. I love that firstborn girl of ours. With all her fears and compassion and bravery. 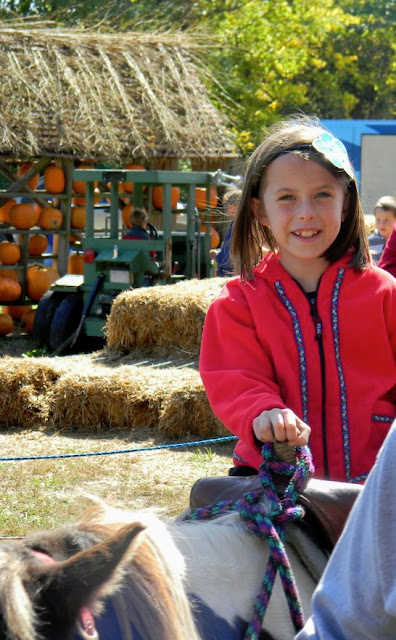 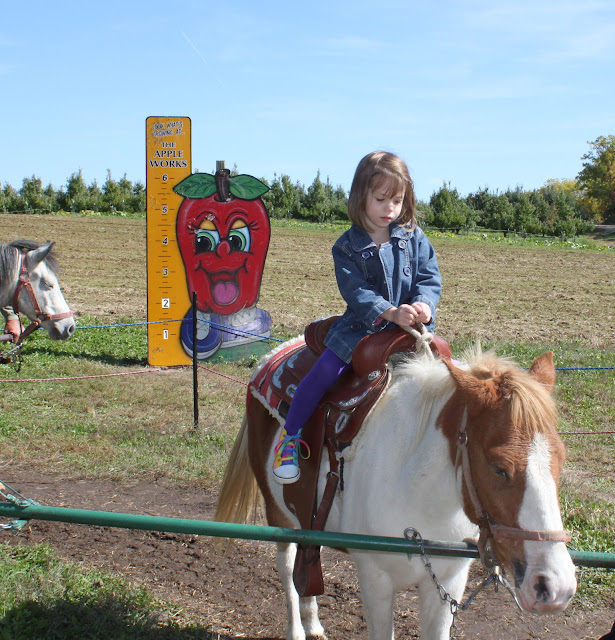 I barely remember what the children look like, what with all the face painting. 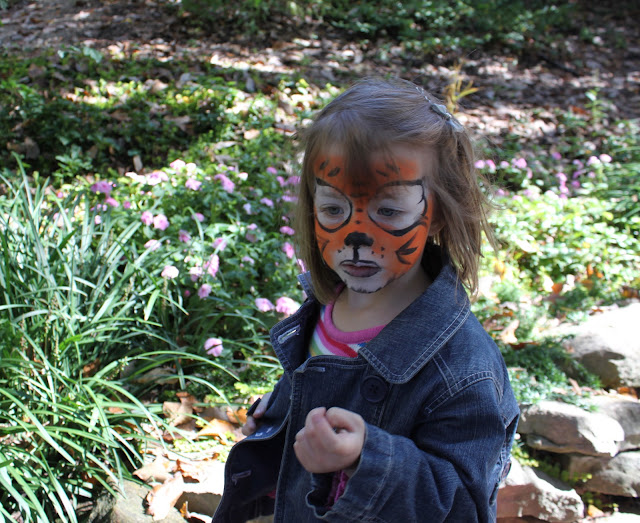 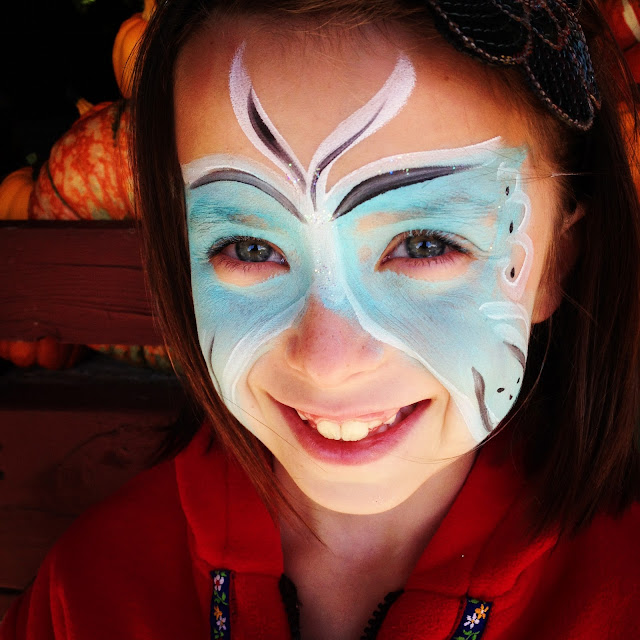 There was a mime balloon artist at this festival. Holy hell, this woman was on it! She was totally in sync with the children, without even uttering a word. There was a light about her that you seldom see in adults, even those who work with children. She connected with them. She read them. We watched her with other children and then both Fiona and Cyd joined in on the fun. Fiona was reluctant, at first, but by the end, she was totally on board. She was hypnotized. 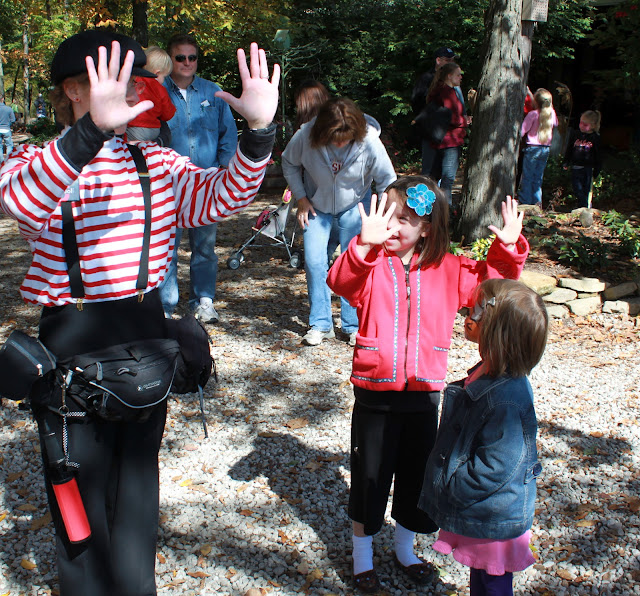 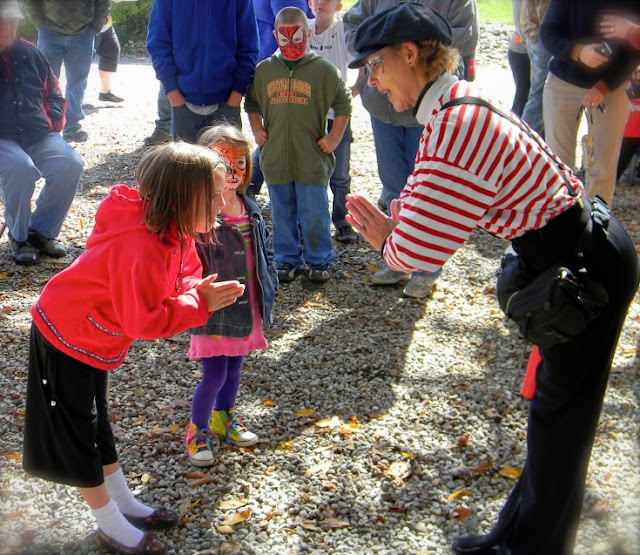 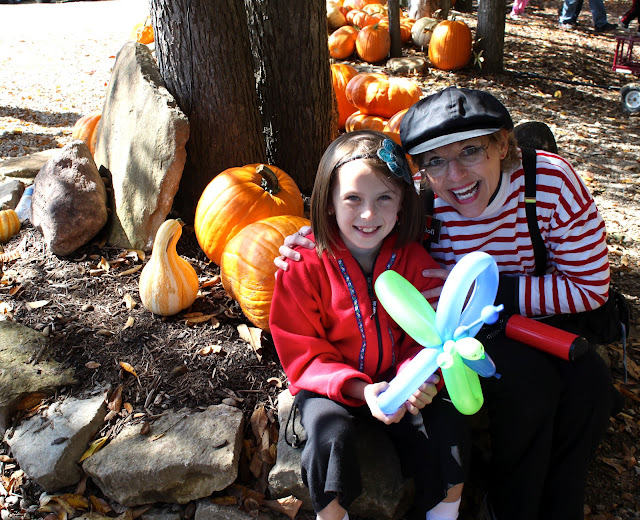 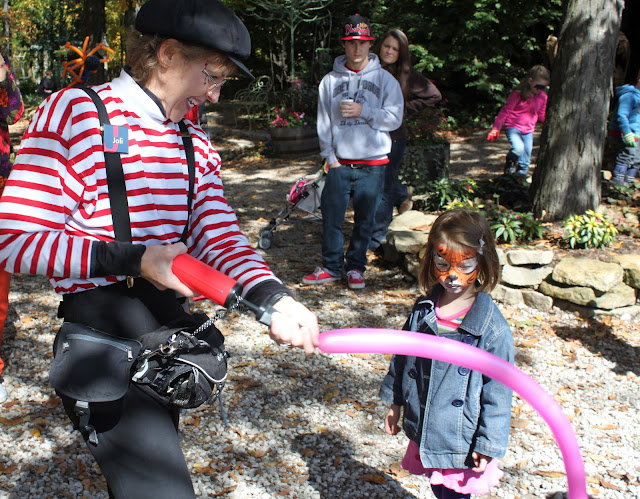 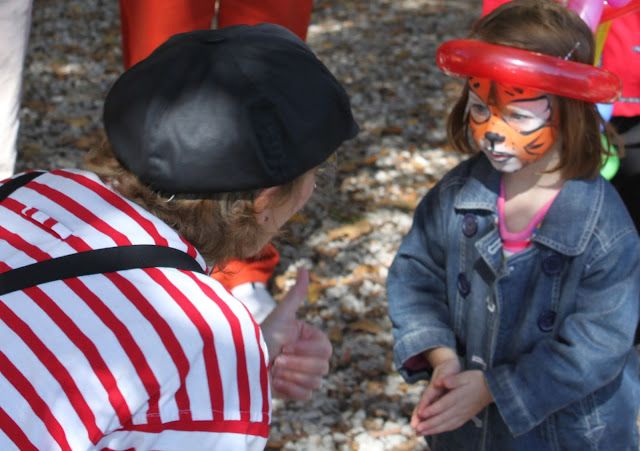 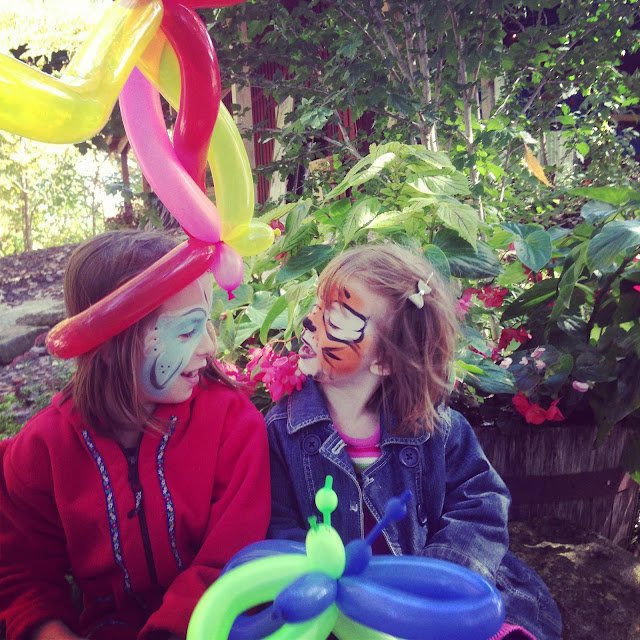 When we got back to the house (and by house, I mean the Stine farm, which is a million acres of wonderful), the children wanted to go to the creek.

Of course, they wanted to get in the water. But I reasoned with them: it's cold out. Also, we may roast marshmallows later. Truth be told, I was wearing Laura's favorite orange suede Keens, which I did not want to get wet. Also, it WAS cold. I had a case.

They settled with throwing rocks into the creek from the very high bridge at the entrance of the property, otherwise known as "Death's Knoll". I was a basket case, imagining one of them falling to their deaths as they found larger and larger stones to throw. Laura wasn't there to appease my neurotic fears, as she usually does.

"Do you think they would consciously jump over the edge?" she has asked me in the past, bewildered by my constant clutching of them. She must have forgotten the time that Cyd DID THROW HERSELF TO HER (almost) DEATH as she drove her tricycle off the deck. I have REASONS!

I took some photos but they turned out pretty blurry. Probably because I was shaking like a damn helicopter mom.

At least the children survived. And it's all because of me.

So, instead of getting soaked in the creek, they decided that getting dirty would just have to do. Fiona rolled down the hill. 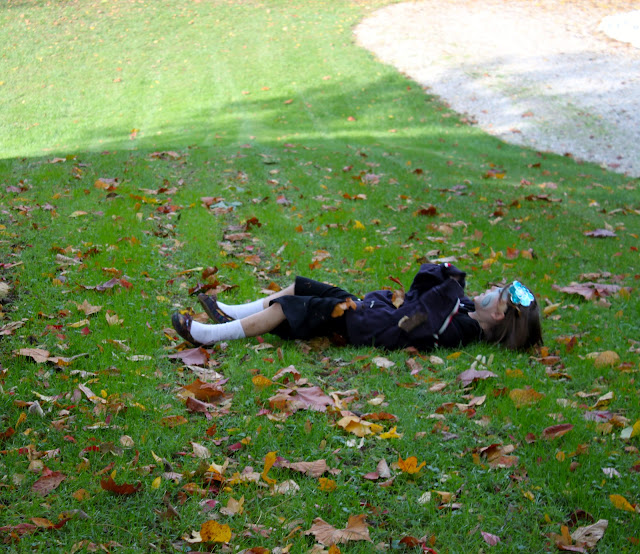 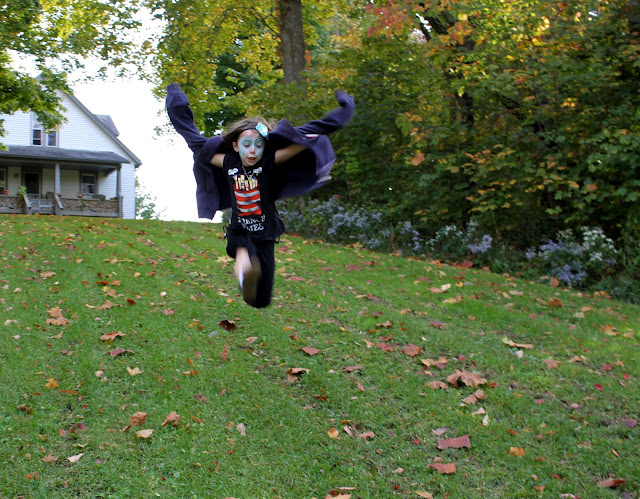 Oh, and there was the mud hill. (It's not a real thing. The children created it. Apparently, they are not alive unless they're covered in mud.) 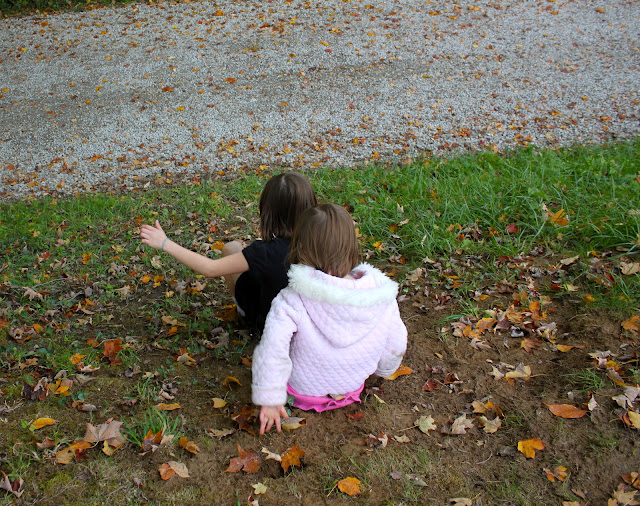 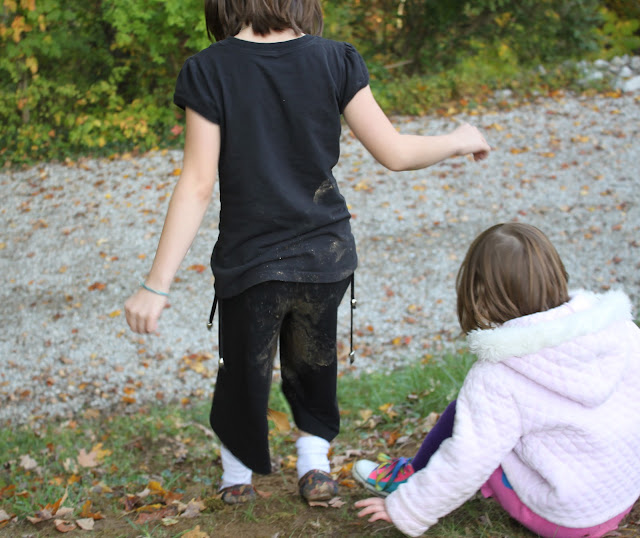 My children of the corn. 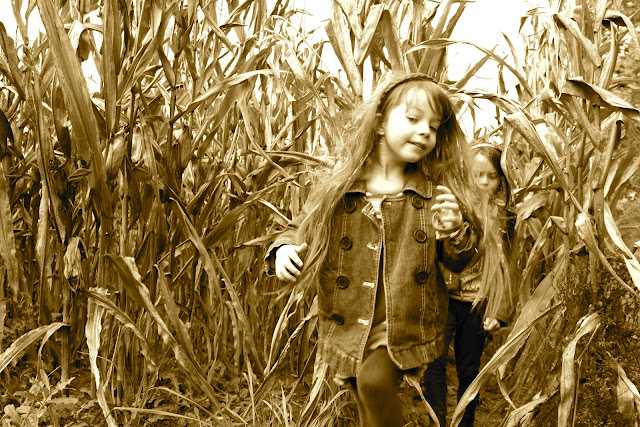 A few photos from our Sunday morning hike. 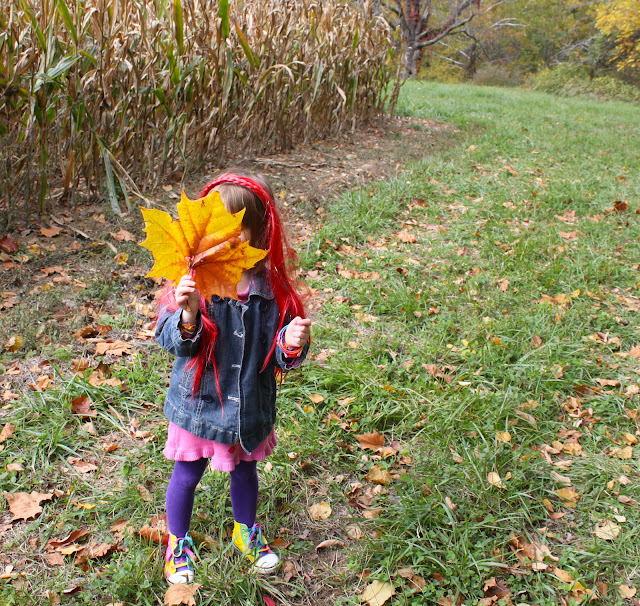 Yes, they're wearing wigs. In the woods. 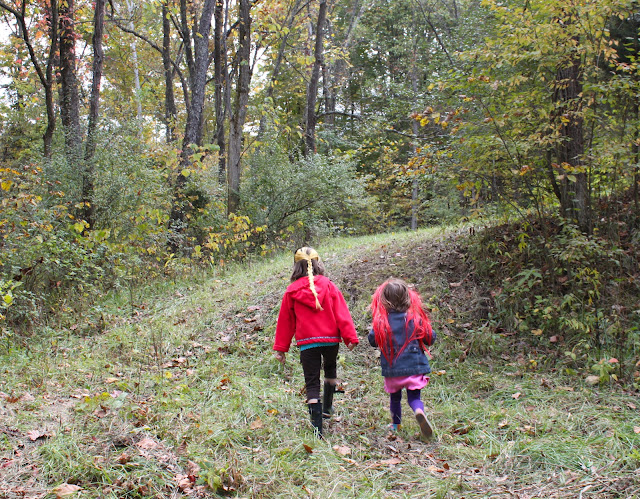 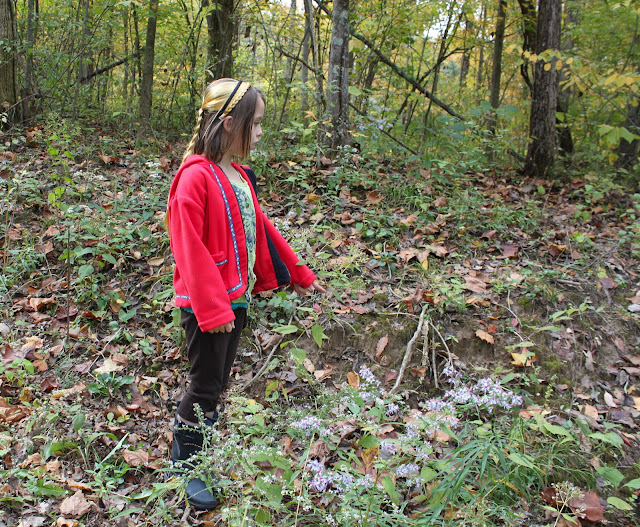 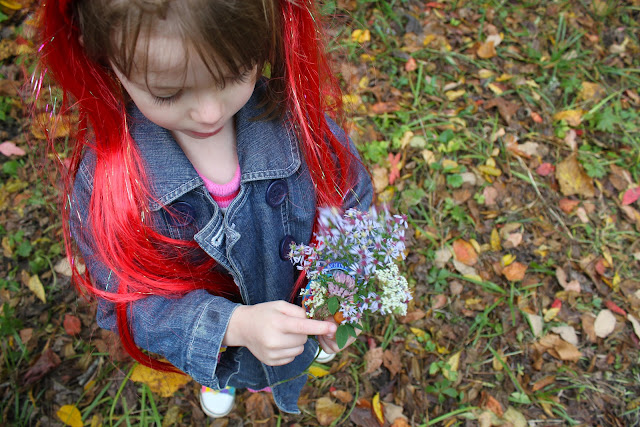 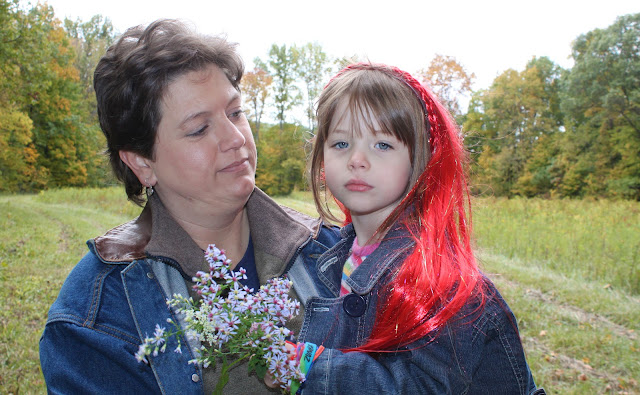 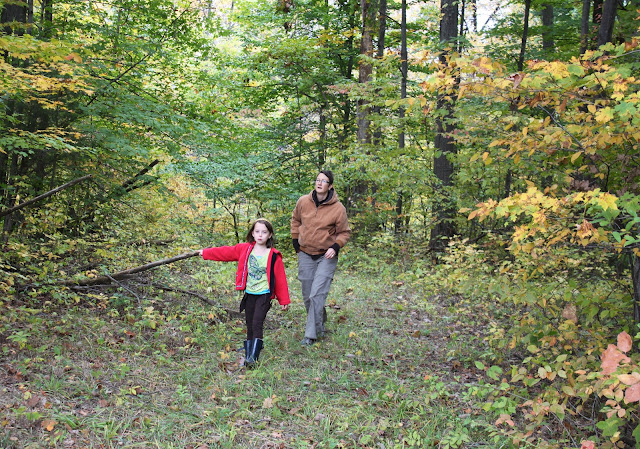 Doesn't this remind you of the little girl from Little House on the Prairie (except for the red wig): 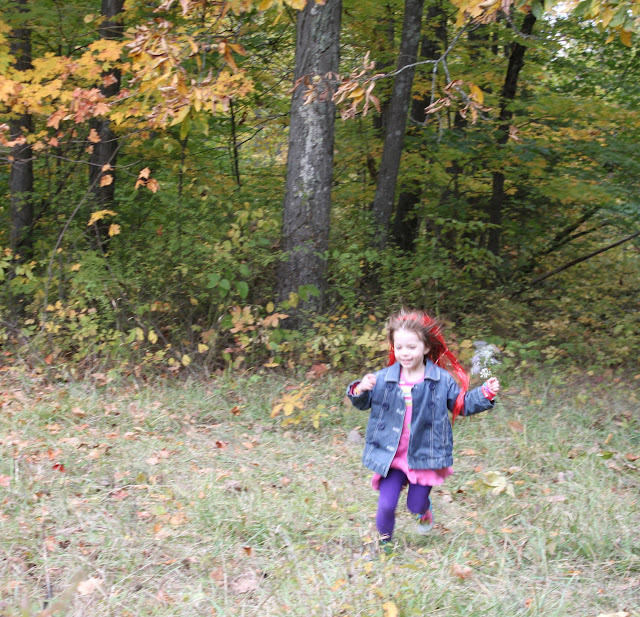 Fiona is the best big sister. 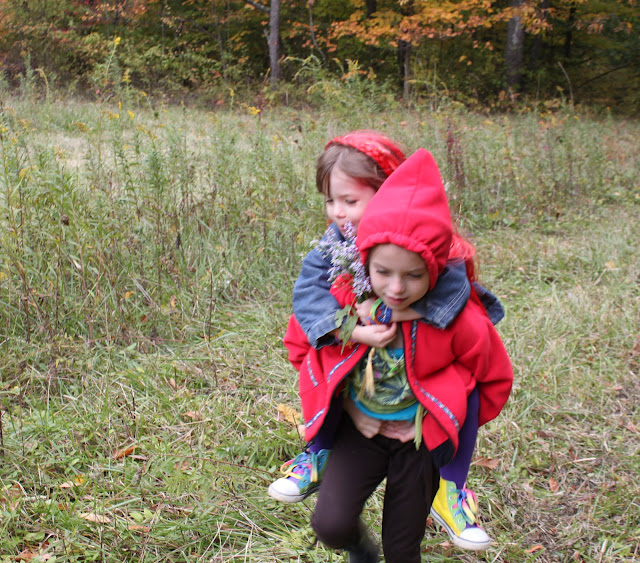 Also, she may get devoured by the big bad wolf on her way back to grandma's house. 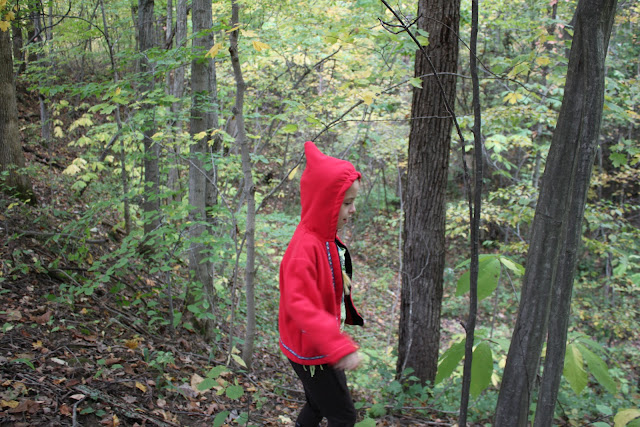 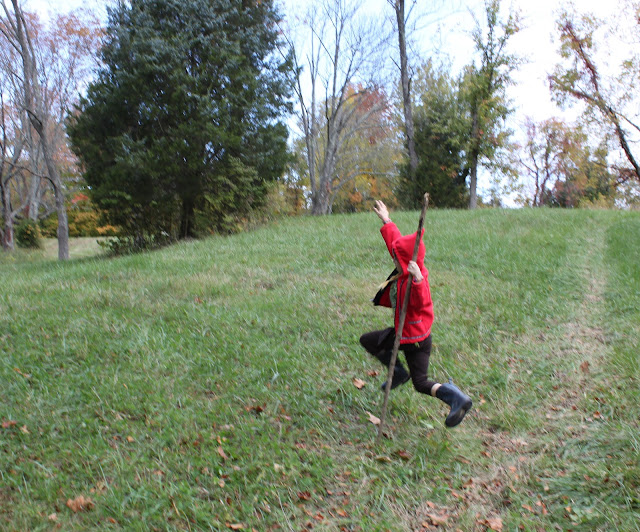 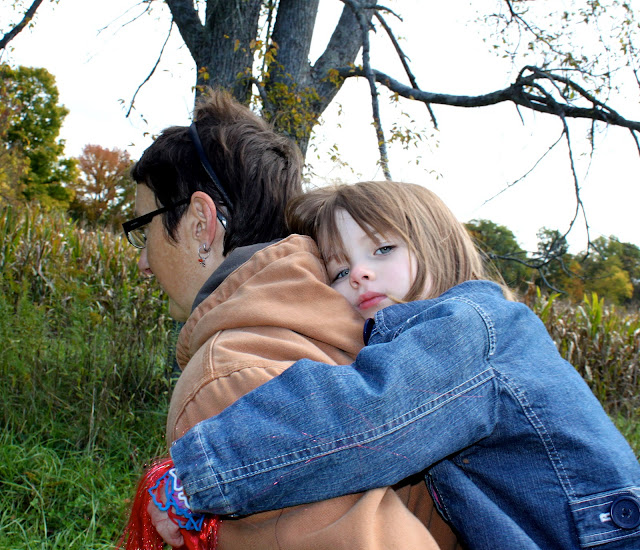