Folks, I made the best dish I have ever made in my entire life. Not kidding. It was somewhat involved by some standards, but for me, piece of crêpe.

The crêpes recipe was intriguing, using matzo meal instead of flour, as well as a ton of eggs (3 large eggs plus 4 egg whites.)

It involved mushrooms, onions and garlic sauteed in butter with thyme. 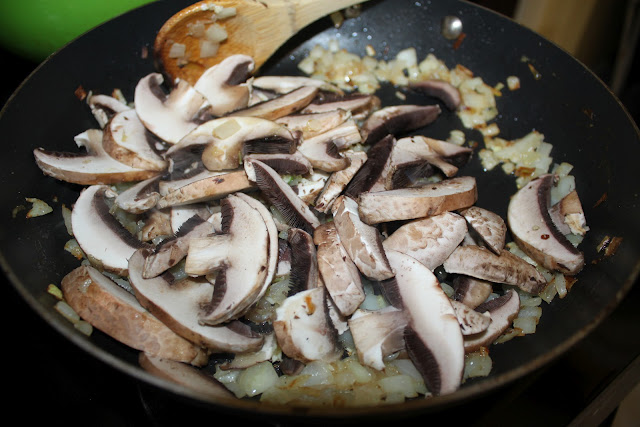 Add cream, milk and parmesan cheese and simmer the hell out of it. 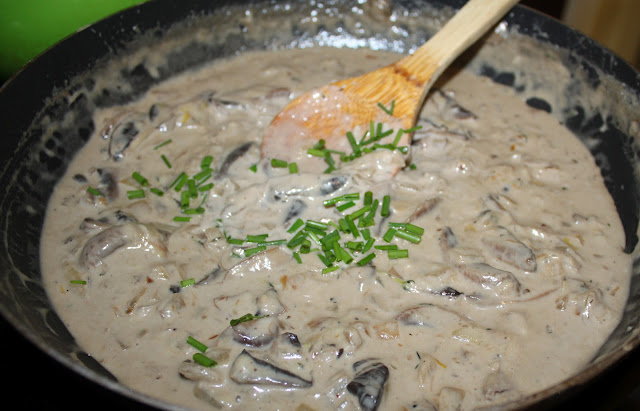 Fill the crêpes with the creamy mushroom mixture, top with leftover sauce and Swiss cheese and you have this: 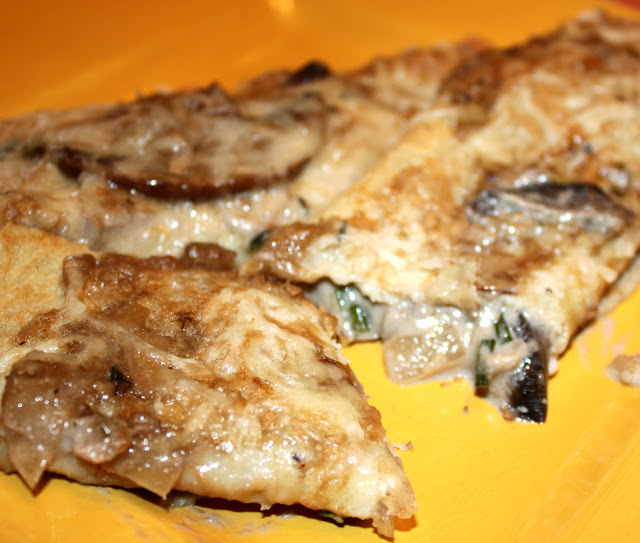 It was so good that Laura agreed to organize my recipes in a binder. Just so we didn't lose this one.

I made the children crêpes filled with cheese since it was the day before Mother's Day and I didn't want repercussions from making them eat mushrooms.

Sunday, we went out for  brunch at Granite City. We didn't have reservations so we were stuck on the patio and almost froze to death. The best part was the Eggs Benedict Station. It's a whole station! I would have been totally happy just having a well prepared brunch of just eggs benedict, but when you're faced with a buffet, you basically have no choice but to eat everything that's available. Buffets are a terrible thing and whoever invented them should probably be fired. 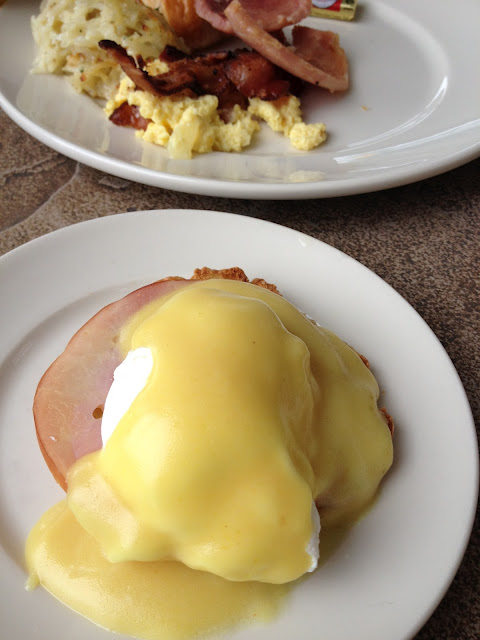 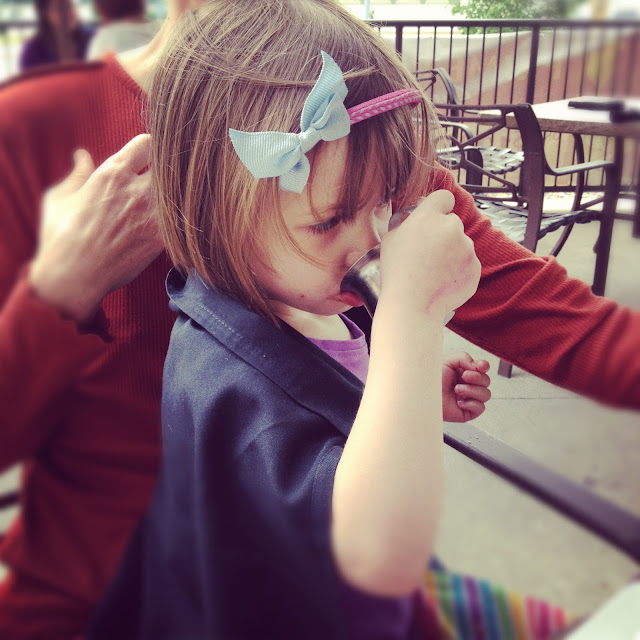 I don't have a good segue here, only because it's impossible to transition from brunch to stuffed, cuddly fruit. Fiona  loves that damn banana, which she won at a carnival in Ocean City last year. It's a banana with giant teeth and crazy eyes. How is that remotely huggable? 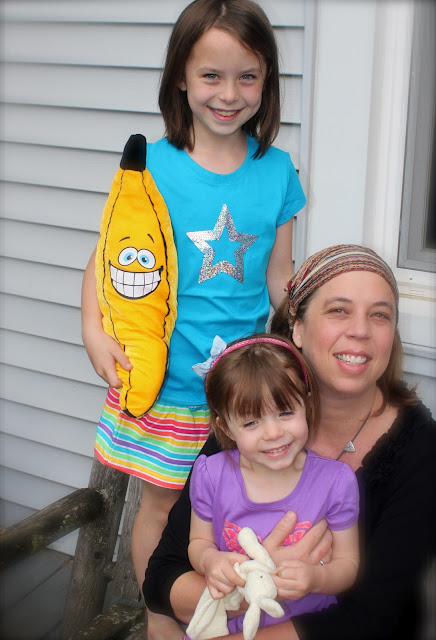 The kids decided to honor us with a full fledged spa. There were facials and pedicures. I called Fiona as my spa person. Cyd was in charge of Laura. She got the raw end of the deal. God love Cyd, she's still working on her fine motor skills. Laura is obviously the better mom. But I have a better pedicure. 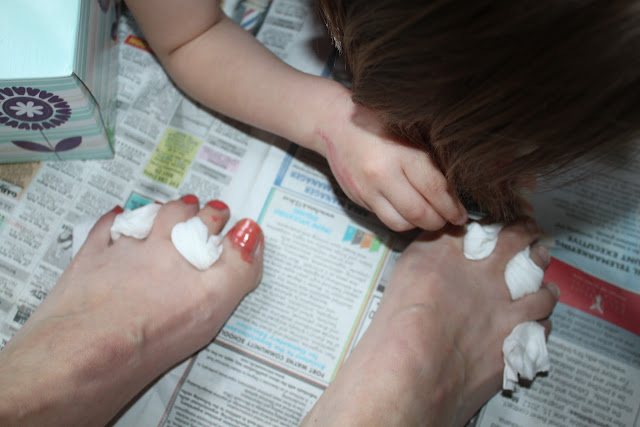 Sunday night, we lived it up, with strawberries, chocolate, whipped cream and champagne. 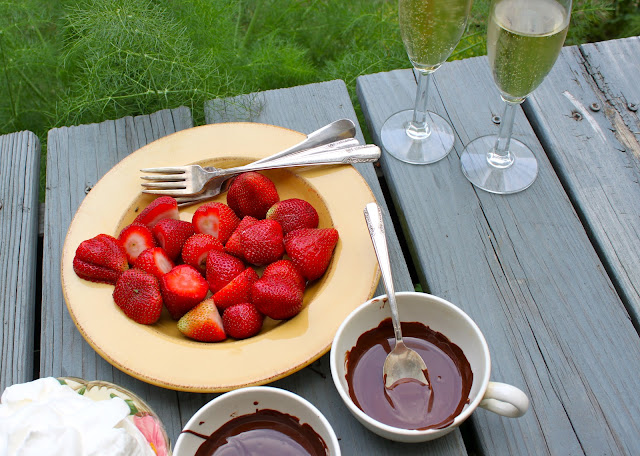 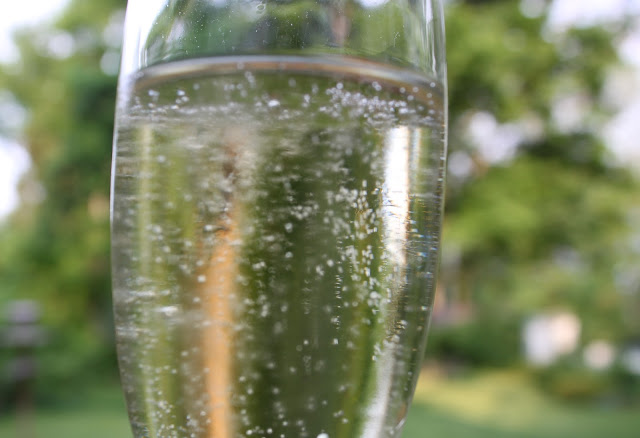 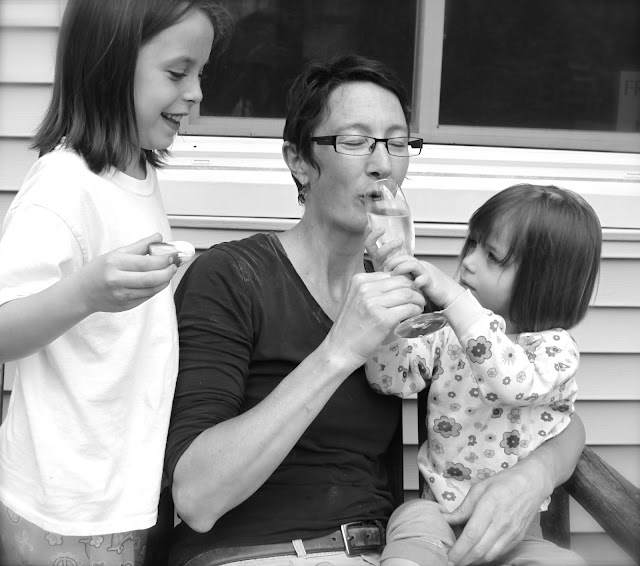 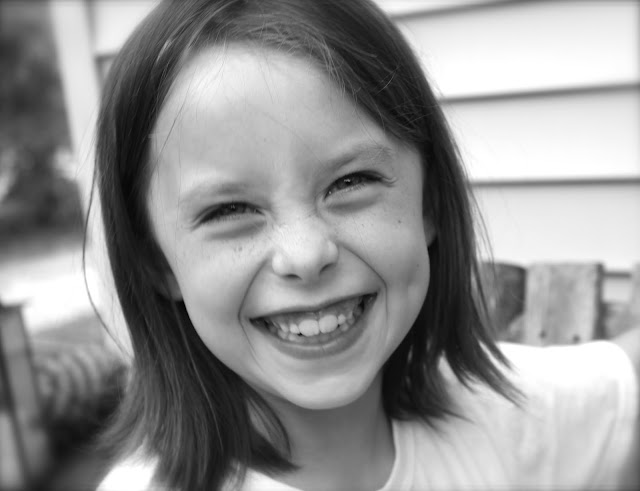 People ask me who gets pampered on Mother's Day. In a nutshell: we both do. We are both the mothers of these children, and they pamper us with terrible pedicures, beautiful smiles and unconditional love. I couldn't have it any other way. 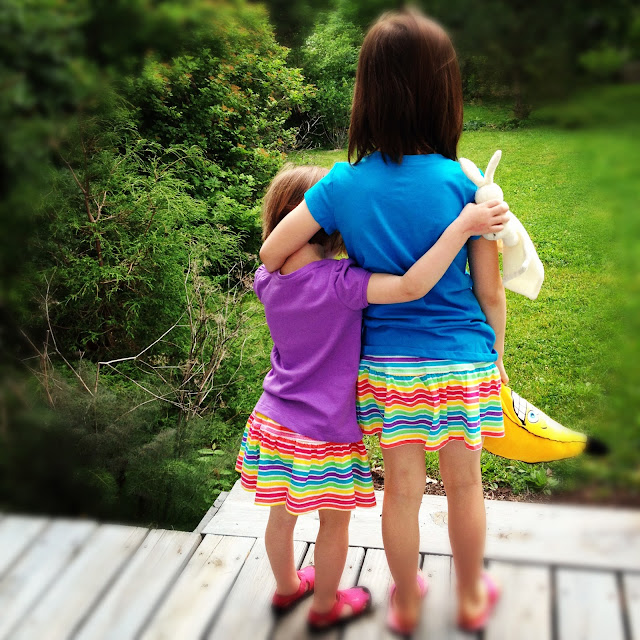