I know. Another post about soup. But, seriously, this is the best potato soup I've ever made and, dare I say, ever had. You'll want to make this. Trust me.
First, coat eight large potatoes with olive oil, sprinkle with sea salt and bake at 350 for an hour or until fork tender. (Don't forget to pierce potatoes a few times before baking, to allow air to escape.) 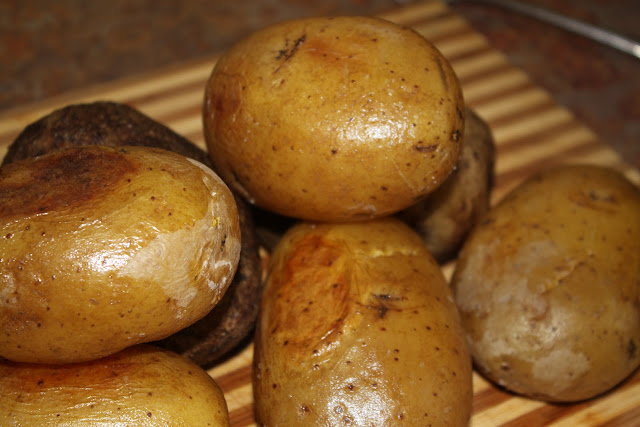 2. While those are baking, fry 12 slices of bacon (one whole package) in a large stock pot. Remove bacon to a paper towel-lined plate and let cool. Crumble and reserve for topping. Stealing a few bites is expected. 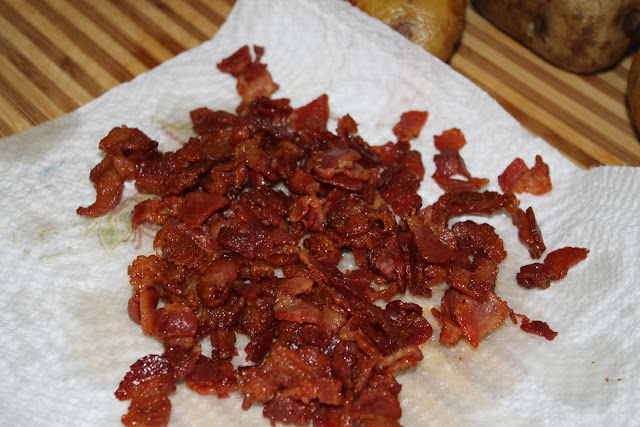 3. Add one chopped onion and four minced cloves of garlic to the rendered bacon grease. Cook until softened. Add thyme if you have it on hand. (I personally add thyme to everything I make. Except maybe to chocolate cake.)
4. Add one stick of butter. (I know, one whole stick. I could feel Julia Child smiling at me.) Stir until melted.
5. Dice four of the baked potatoes into bite-sized pieces, leaving skins on for extra nutrition. For the remaining four potatoes: scoop out the flesh and mash until smooth.
6. Add four cups of chicken broth and four cups of whole milk to the sauteed onions/garlic. Add the diced and mashed potatoes.
7. Heat soup, but don't boil.
8. Add two cups of cheddar cheese and heat until melted.
9. Combine two tablespoons of cornstarch and two tablespoons of broth or water in a small bowl and stir to combine. Add this slurry to the soup and stir until soup thickens.
10. Optional: partially blend this soup if you like it extra thick.
This recipe makes a huge amount of soup. 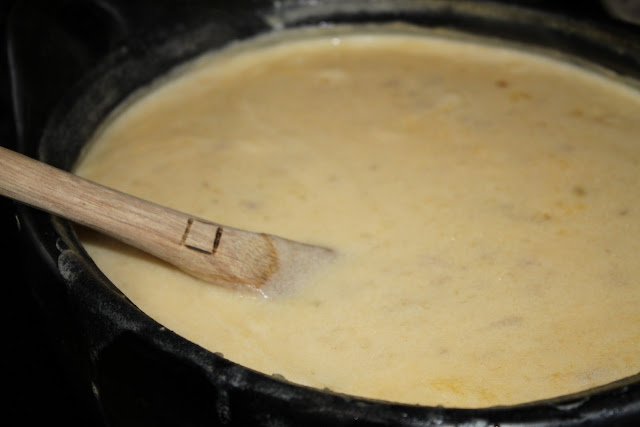 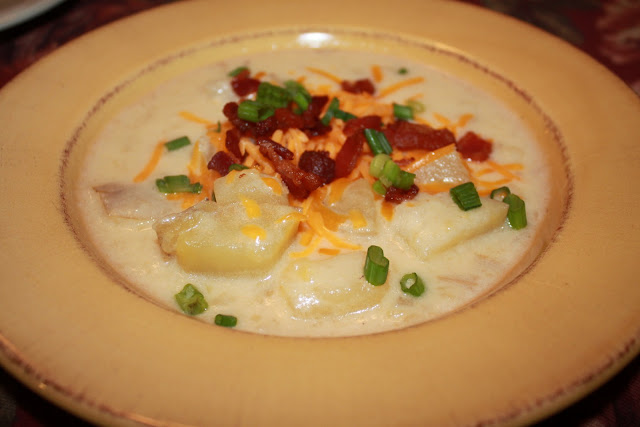 I forgot to add sour cream, even though I accidentally bought two containers of it by mistake. Now, I need recipes using inordinately large amounts of sour cream. Suggestions welcome. 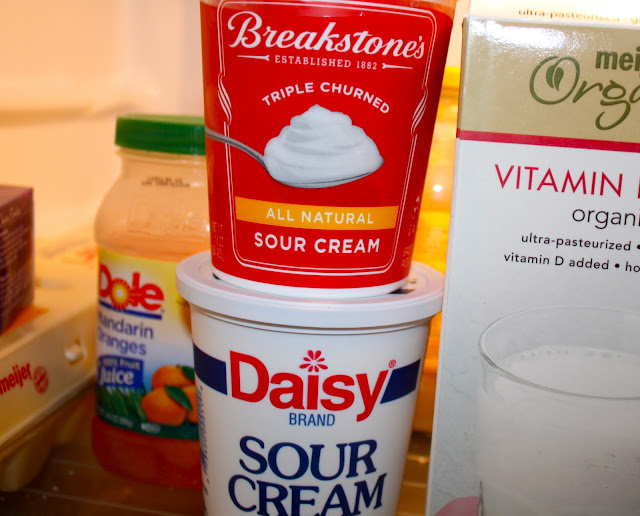 You should make this soup tonight. You won't be sorry.
Posted by Tessa at 11:36 AM