Complicated Brunch, the Transformative Power of Olives, and Mindfulness

These past few weeks have been hectic and mundane, yet filled with crucial, occasional joy and the constancy of love that keeps us afloat. Hectic, though, is the key word, as we were traveling on the crazy train of girl scout cookie booths, chess practice, science fair projects, and dance lessons. That being said, I haven't had much time to think, much less write.

But there's always time for food. This: a smoked salmon and roasted potato-beet cake, with poached egg and coriander hollandaise. 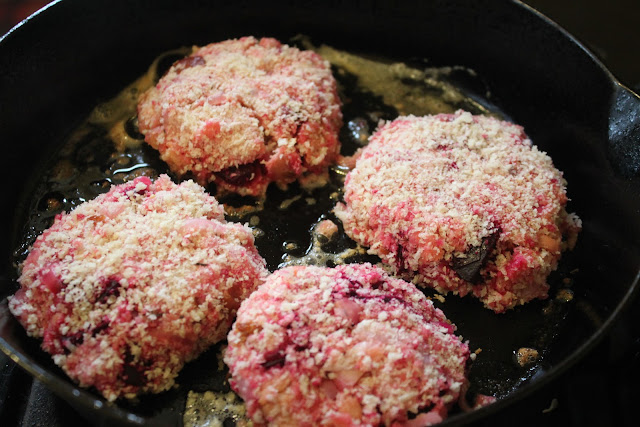 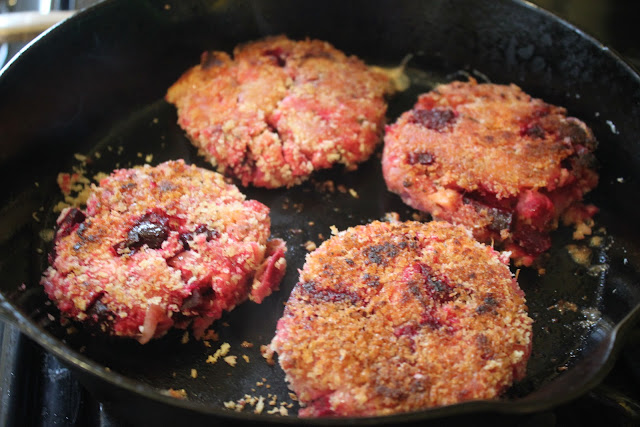 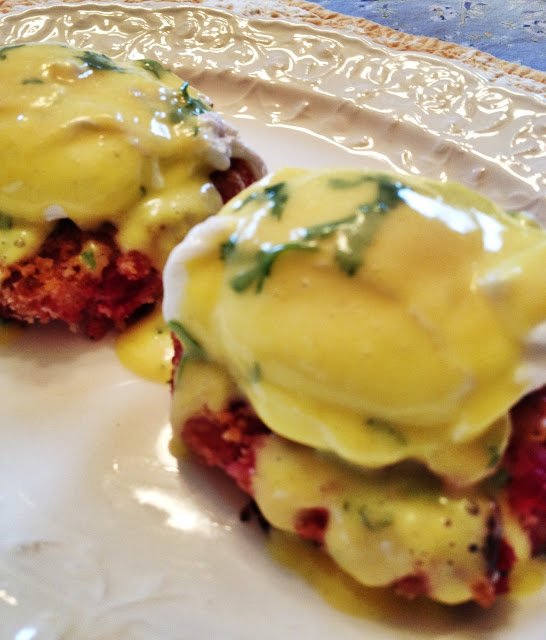 This was all fine and good, but on Sunday evening I was up for something a tad less involved: a recipe that comes from my history, from my childhood, from my heart.

It's not a recipe that has ever been written down so it doesn't have a fancy name. I guess we'll call it Tessa's Chicken with Epiphanic Olives. It's easy, it occasionally changes lives, and you don't even have to measure squat.

Here's what you do:

1. Chop one onion and saute in olive oil in a heavy pot until translucent or until it starts to smell oniony. (Shut up, spellcheck. Oniony is a real word.)
2. Add a couple of chopped carrots and cook for a few minutes. You could also add mushrooms and/or celery to this.
3. Add chicken breast with ribs. I used two large breasts, with skin removed. You can use any kind of chicken here, as long as it's still on the bone.
4. Cook this until it starts to brown and then add a cup or two of dry white wine. Cook for about five minutes so the wine has a chance to reduce. (If you only have a couple cups of wine in your house, don't make this dish because then you'll be out of wine. Nobody wants that.) 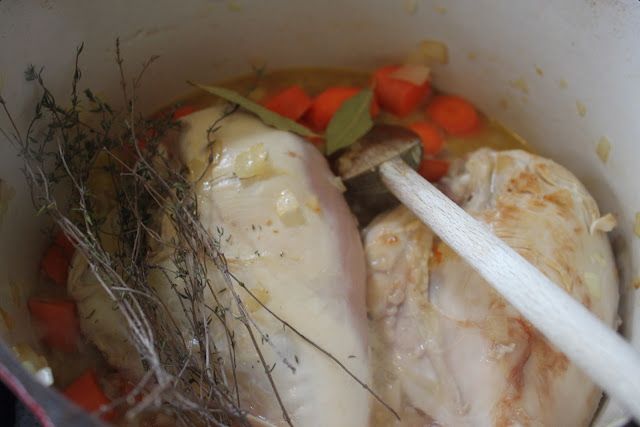 4. Add one large can of stewed, or crushed tomatoes, one box of chicken or vegetable broth (4 cups), a few sprigs of thyme, a couple bay leaves, 3-10 crushed garlic cloves and a small jar of green olives with some of the olive juice. I also added some kalamata olives, for added complexity. Really, I added the black olives for aesthetics.
5. Bring it to a simmer and cover.  Cook slowly for a couple of hours. Uncover and continue cooking until the sauce is of desired thickness. 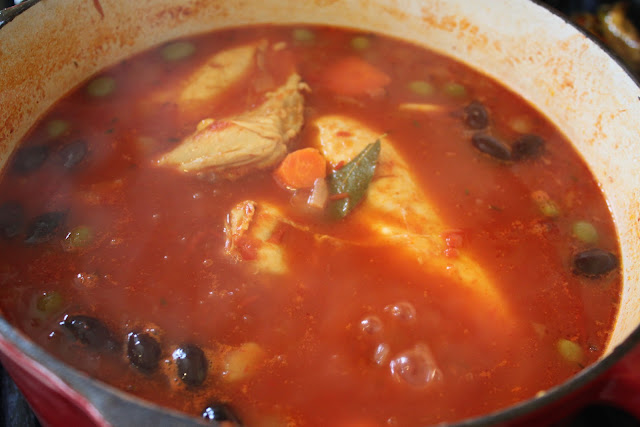 Take the chicken out to remove it from the bones. You could shred it or just cut it up into pieces. Serve with rice or couscous, and you've got yourself a hearty, delicious meal, with plenty of leftovers if you're a small family of four with children who don't eat meat or olives. 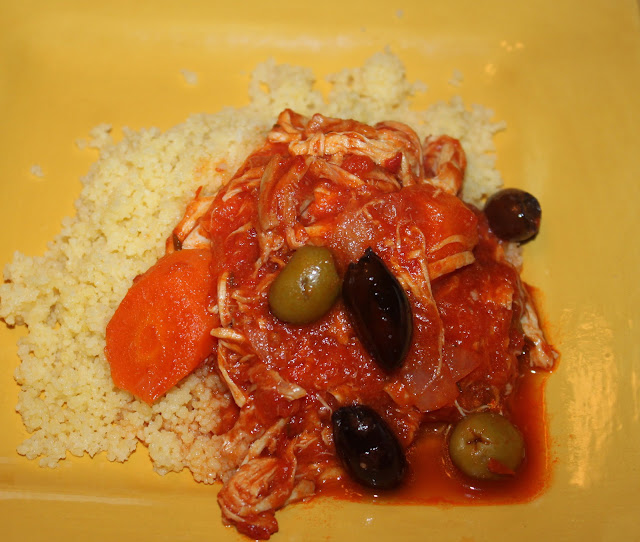 I made this once for friends, one of whom did not like olives. He still ate it and loved it so much he had seconds. He was a changed man. This is the first recorded case of olives resulting in an epiphany. I'll go as far as claiming that this dish is TRANSFORMATIVE! Even if you already like olives, it may still change your life in more subtle, albeit just as exhilarating ways.

***
Here are some things I learned this weekend, mainly related to the power of mindfulness: 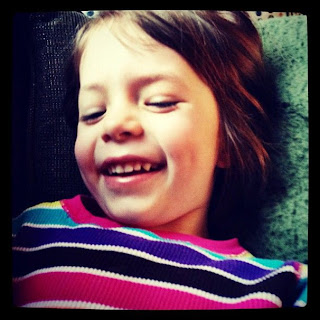 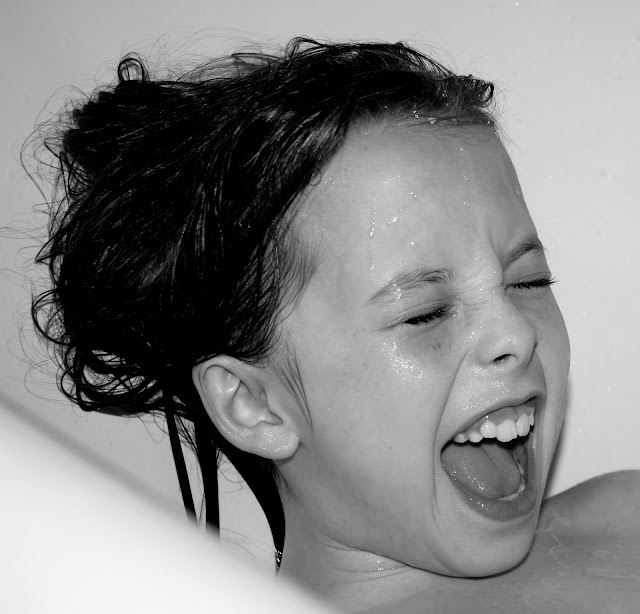 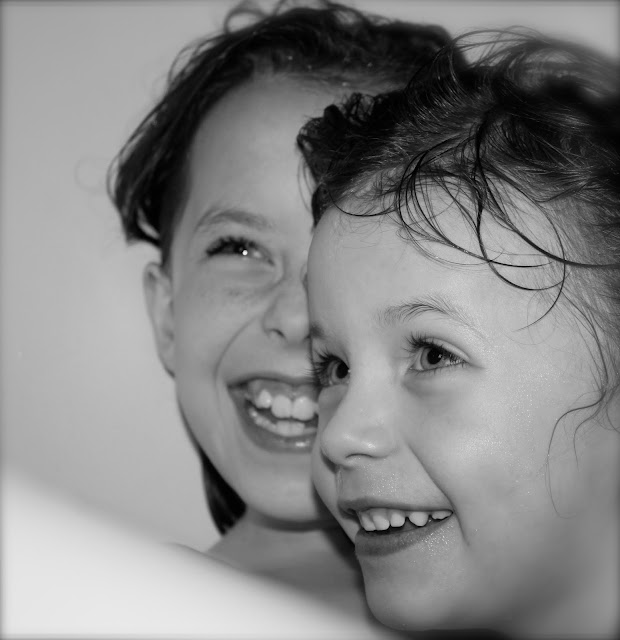