Why is Heather Crying?

Fiona has not experienced any animosity because of the fact that she has two mommies. Both Laura and I have been involved with her school activities and the children in her class have accepted the fact without any judgement. They've asked how and why, and Fiona, very matter-of-factly, has answered, "I just do." And they went on with their lives. One child even claimed she had THREE mommies, because if two is better than one, then three is even "more better". Pretty sure that kid was lying, but whatever.
Now that she's in a big school, with older children, I'm hoping homophobia will not rear its ugly, stupid head. Althoug it's become much more common and accepted, same-sex parenting is still judged as an abberration. Something that is imperfect, lacking.
The "Heather Has Two Mommies" types of books don't help much. They generally depict a happy child who suddendly comes to realize that her/his family is different and feels sad only to be told that ALL families are different, and it's OK.

But in reality, not all families are different. Most families include a mother and a father and a child or two and maybe a cat or a dog. Having divorced parents or being adopted, or being raised by a single mom is another type of family, but it's not the same as having two parents of the same sex. It's just not. It's not better or worse or the same. It's different. The children in these other scenarios aren't crying because their family is supposedly different. The boy who is being raised by a single mom has a father somewhere (presumably), but maybe he's a deadbeat dad who doesn't show up for soccer games and occasionally forgets birthdays. And maybe he's not. But that child's not crying. He doesn't need a book written about his family in order to make him feel that he's OK. He doesn't need a book to apologize for his family. 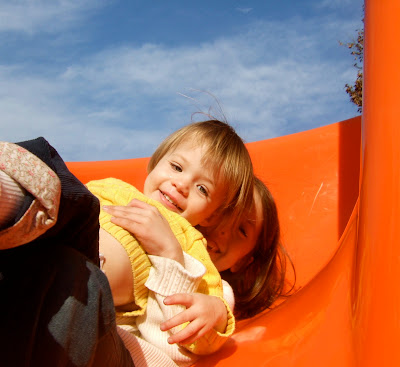 I like the books "ABC A Family Alphabet Book, and "Emma and Meesha My Boy". These books just tell the story of a family, without the politics and tears. They portray kindness and parenting and  normalcy, mingled with love, and belonging. This is who we are.