Dinner with a Side of Art

We got a last minute invitation to go to the Art Farm for a harvest dinner in a barn. Hell yes, we can come! We almost forgot we have children for two minutes. We (Laura) called Fiona's favorite babysitter but she had plans to do something much more enriching and fulfilling than watching Cinderella 2 (which, by the way, sucks more than the original Cinderella, if you can imagine that). After a few more calls, our trusted friends, J and R, agreed to take on the task. Yeah! We get to go eat in a barn! With friends! Without having to ignore a baby slinking out of her high chair in the middle of the first course! No dessert negotiations or cleaning up spilled milk. Out with the whine, in with the wine!

Their place is in the country, where the Amish folk dwell.  We followed these people, knowing they would lead us in the right direction. 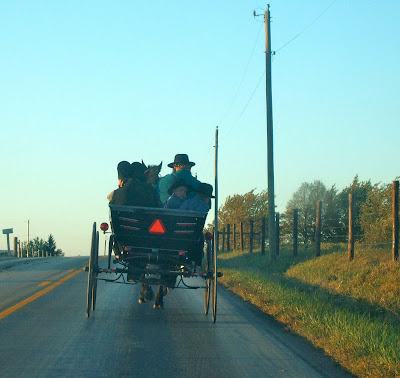 Once we got there, we were giddy with the realization that we had pulled this off. Just an hour ago, I was looking through the fridge, looking for something halfway edible to make for dinner. Now, we're in the midst of a full-fledged dinner party in the making.
Everyone gathered in the kitchen to finalize their epicurian delights. We brought a bagette and wine (it was last minute plus we have kids - don't judge us), so we were off the hook, unlike those other poor fools who had to braise, chop, slice and broil. 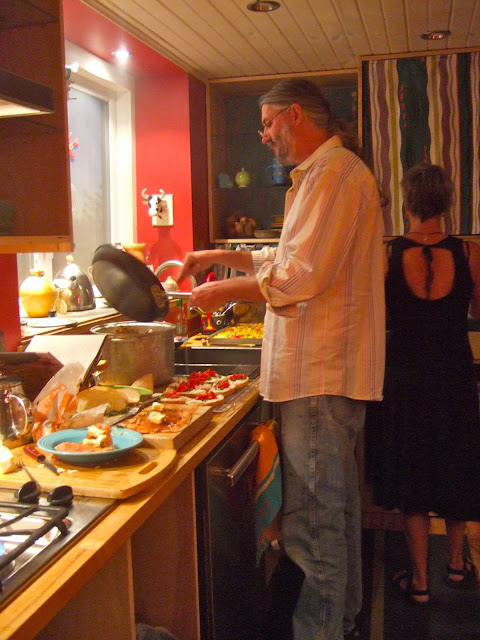 The hosts are artists who remodeled an old farmhouse and adjoining building into an art resort. Their personality and talent is injected into every piece of furniture and every stroke of paint. 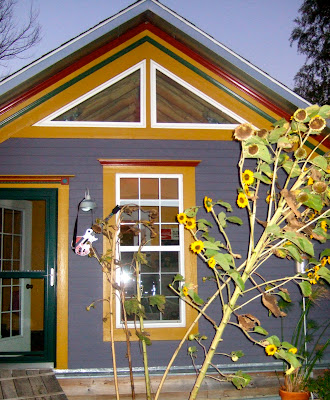 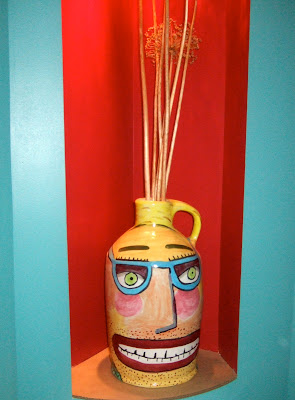 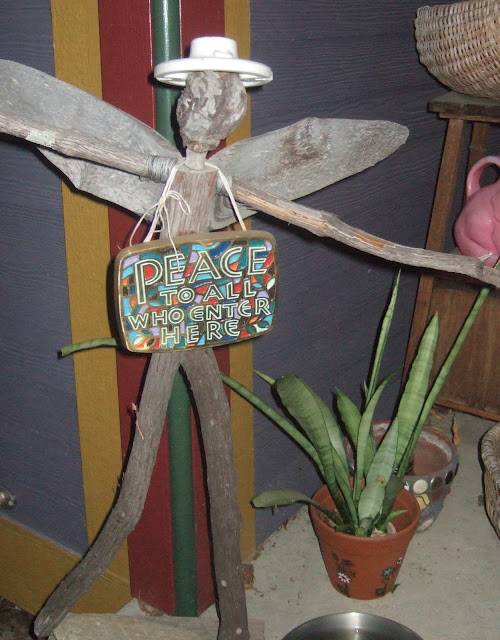 When we felt guilty about watching everyne slave over the stove, Laura and I decided to have a little fun in the shower. 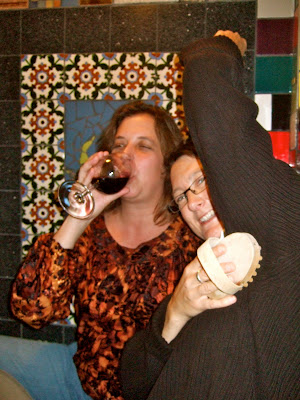 We don't normally do this sort of thing in other people's homes. I was obviously drinking, which helps explain the behavior. Laura, well, that's just how she is. In our (her) defense, the shower was unlike other people's shower. It was designed and created by them. There's even a little seat:
After the shower shananigans, dinner was served in the barn. But this is the Art Farm, so a barn may be a barn, but it's a different kind of barn. And as expected, the table was immaculately set: 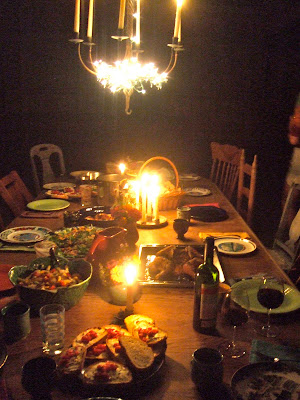 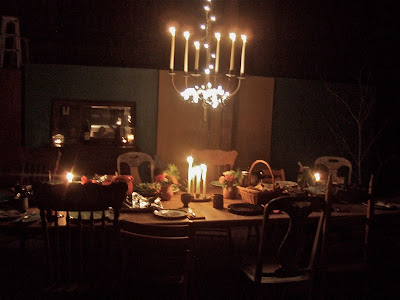 The food was fantasic. Photos cannot do it justice, plus, my camera ran out of juice right in the middle of dinner. Nonetheless, here's a sampling: 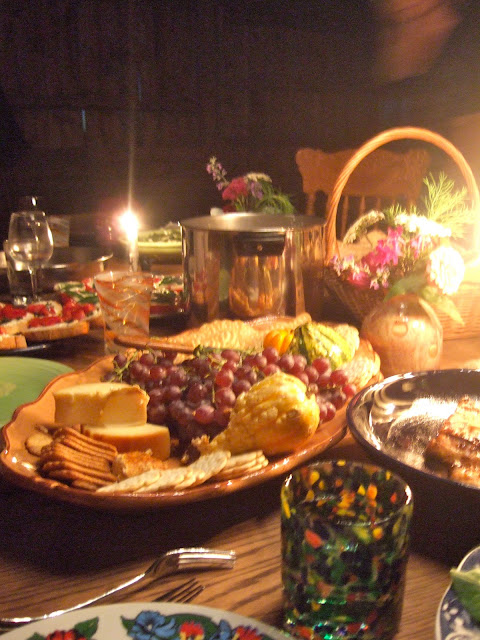 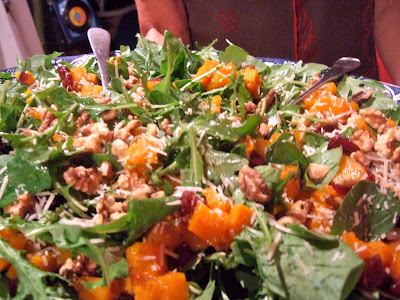 Their work, their life, is their art. They are creating their own existence. I have tremendous respect for this self-sufficiency. It seems natural and idyllic to be able to so effortlessly merge what you do with who you are.
Just being on their turf reminded me how generous the universe is when you are open to its abundance. It reminded me of simple pleasures, like the beauty of flickering candle light and the pink of dusk. 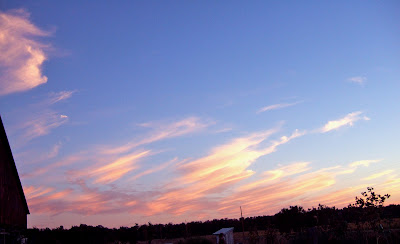